A severe modern day society problem – THE NO IDENTITY issue 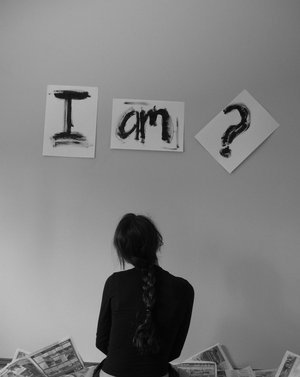 I don’t know how many of you have realized but today our societies, especially in the Developed and the second world are suffering from a serious problem that not-many still realize.

I’m talking about the problem of NO IDENTITY !
In this dynamic world, where technological changes happens every second and we are required to change our lifes and behaviour too rapidly suddenly this problem is becoming to become a real society peril.

Let me explain what I mean. Everyday, more and more people are using the Internet and all kind of technological gadgets (IPhones, Ipads, Tablets, Notebooks, desktop computers, E-readers you name it).

While we do constantly and daily are forced to adopt and become part of this virtual realities, be it social networks like Facebook , Xing , micro blogging online services like Twitter or even a simple user blog, most of the times we interact with this puvlic services or technology, we are supposed to come with a new identity.

Each of this services urge us to have a new login account attached to some kind of a new virtual reality one has to build.

Therefore the fake online identities, we constantly build which often are established around our dreams and wanna bees (something we’re not in real life) is constantly growing for each of us in every single day.

Most of the middle or hardcore Internet users today has already built an imaginary online image of ourselfs (in this number including myself).

To give an example I’ll again take facebook, as it is one of the most heavily used online fake identity generators today.
If one enters facebook and finds, some of his old a real life buddies from the past and matches the online identity the person has built for himself with the person we used to know, very often the difference is quite shocking.

Online almost everybody want to look cool the coolest to attract other people to himself. As people online look and does “judge” on one’s self competencies, qualities and goodness simply based on the outlook of how one presents himself.

Suddenly from normal sane persons million of persons are getting into the “self-presenting” competition which is getting, more and more severe with every new person that gets into a certain online community.
Most people online today in building this multiple false images of themselves, try to present only the their good positive sides, while the bad sides are often left behind.

Of course the definition of what is good and what is bad is dictated by the opinion of the masses, as most people prefer to be like the rest in order to escape of the terrible reality of being isolated from the society mass.

With all said if we consider that today’s families are highly disfunctional and the people’s relations are already quite fake and people are building this multiple-fale faced images even in real life makes things even more tragic.

Now to put everything above in order, let me go back to the NO IDENTITY ISSUE and what I mean by that.
Let me settle it down, during our interatction with technology and the Internet, little by little as a consequence of being exposed to all this identities and to our multiple newly created virtual identities one starts to loose his own self-established identity and starts constantly looking to have newer and newer identities.

The tendency is instead of look in yourself and be what you’re, that you follow some fake vague virtual dreams of million of people online who try to share and expose mostly things which are not created just to catch the attention.

The whole things with technology and Internet and the heavy use of it as a logical consequence, learns people to put multiple masks and hide behind the masks their own natural-self.
The story of masks is so bad that nowdays, many people put the masks of themselves created in the virtual reality pleading that this is their new self.

Many people today act without having any core philosophy, rules or a stable reason to step into.
Money, human lust, wordly vanity and popularity are the main drives for the masses.

Our Christian faith who has sustained us through the centuries and helped us grow a sane societies is starting to get into the back-stage, moved by some openly anti-christian hollywood super stars.

If many of us take the time and ask themselves the question “Who am I?”, I’m quite sure rarely there will be persons able to answer.
As I mentioned facebook earlier I would also suggest you to read Why open social networks like facebook and twitter are big evil
as it also quite much relates to the whole problem of people little by little loosing their identity.
Today many businesses and companies are trying to preach some cohesion through a shared people identity. From a normal sane person perspective this kind of ideology is seriously flawed, it even contradicts basic science.

Yet there is hope, I believe many people will realize sooner or later that this fakeness and a fake face images that we build daily doesn’t lead us anywhere and will stop the ideotism of trying to pretend different on the net.

This entry was posted on Saturday, May 28th, 2011 at 3:41 pm and is filed under Everyday Life, Various. You can follow any responses to this entry through the RSS 2.0 feed. You can leave a response, or trackback from your own site.