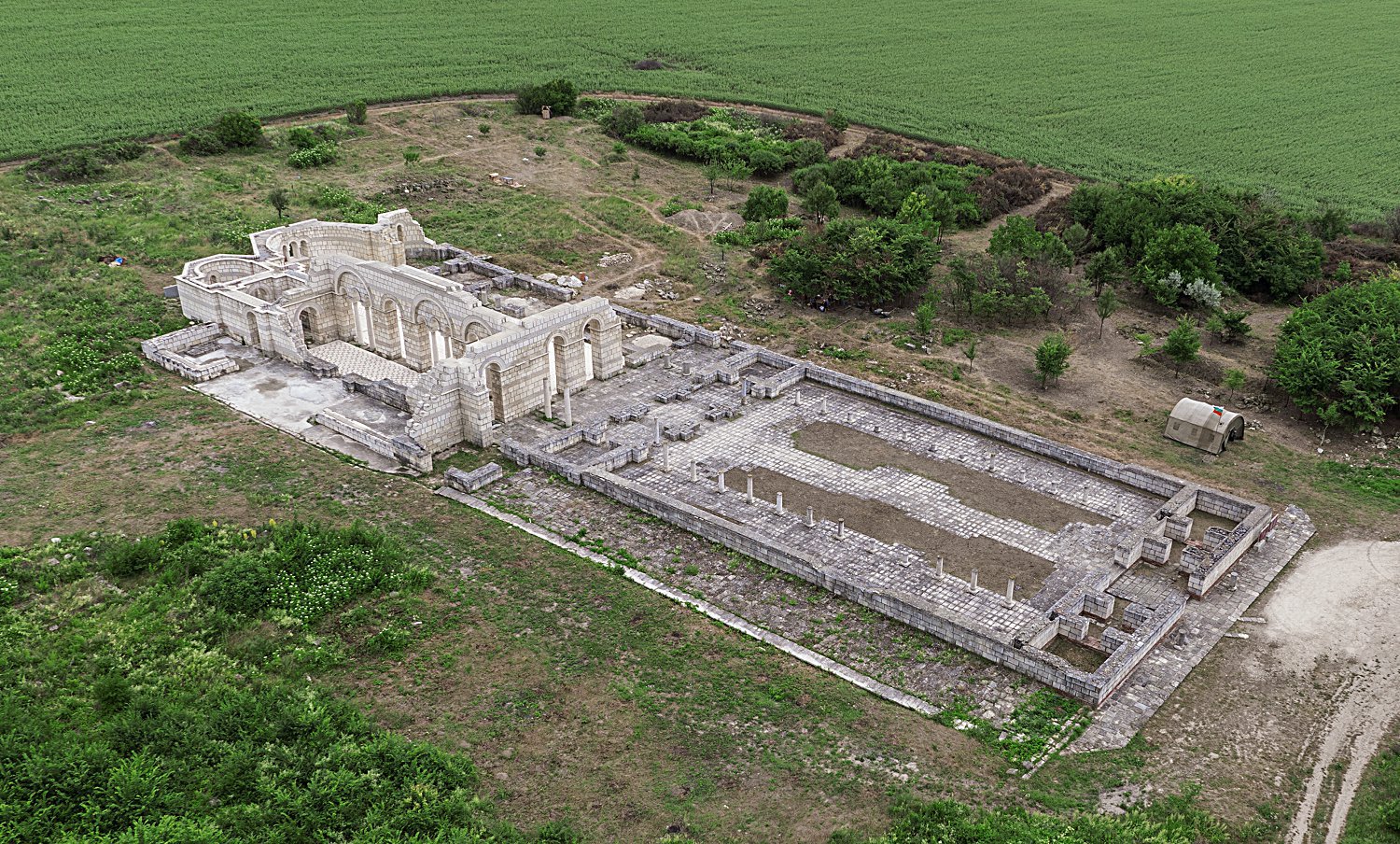 Pliska is the first capital of Bulgaira and an ancient city that traces its roots back to the Baptizmal of Bulgaria by Saint King Boris (The Baptizer of Bulgarian lands and Slavonic People) the feast is of a great importance for Bulgaria to be pressent on the map of Europe over the last XV centuries since Bulgaria's establishment in 681 A.D.

Pliska which is an enormous architectural complex dated from IX / X century hsa played a pivotal role for the Baptizmal process of Bulgarian nation as it was King Boris's palace at that time and the Christianization of Bulgarians and Slavonic (natioons) people started exactly in the newly built so called Great Basilica of Pliska  which was an archibishop seat and a central Monastery and Palace Church of Bulgaria, the building was completed approximately in 875 A.D. and was the biggest Cathedral church in Europe for about 1000 years onwards with the gigantic area of 2,920 square meters (31, 400 ft). 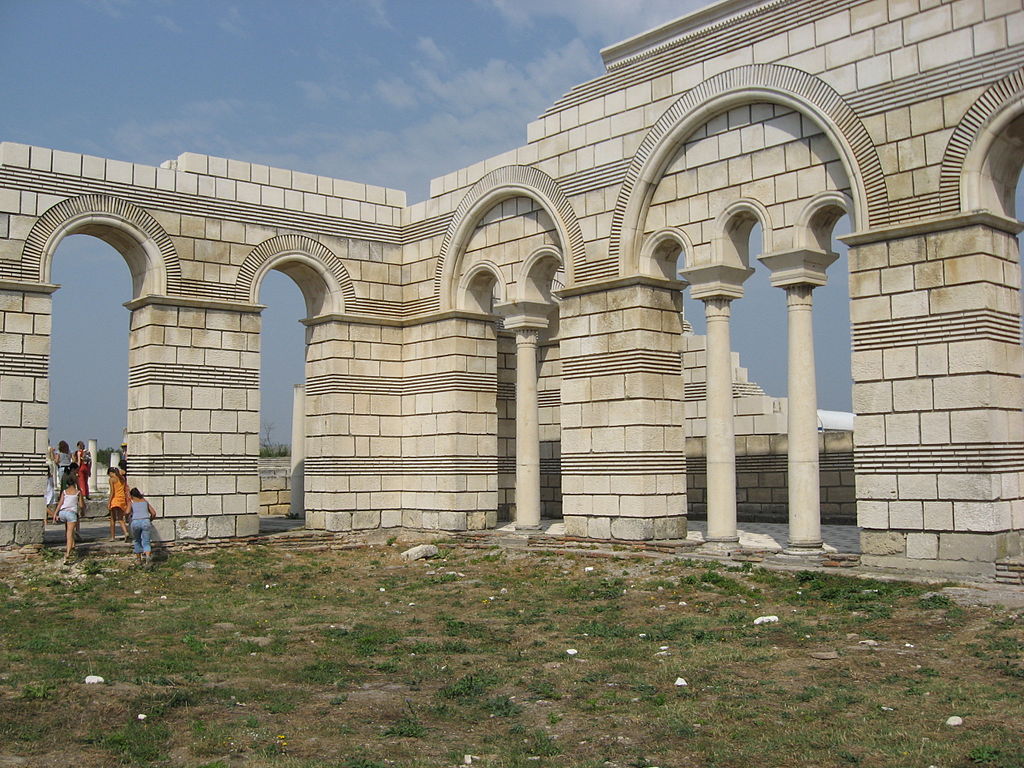 The Basillica was build on top of ruins of older Bulgar pagan temple and has martyrium (a place dedicated to a martyr who has been martyred there) as many of the ancient Churches had. It is believed that the martyrium may be Saint (Boyan) Enravota – the first Bulgarian saint (circa 833). The basillica has a form of a Cross shaped mausuleum. 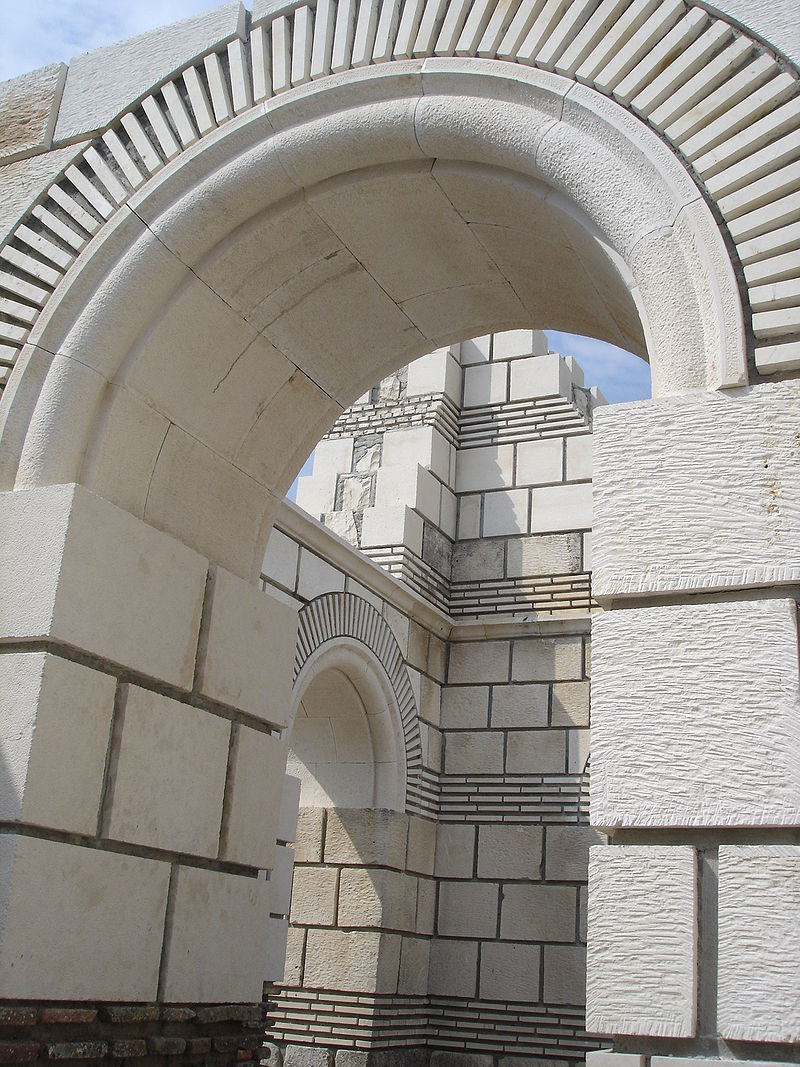 Reconstruction of walls left part of the Altar


The archibishop residence was north and south of the basillica on the northern yard there was a residential building with a bath which included hypocaust (an ancient water warming system). Building south of the cathedral was used as school and scriptorium. Nearby the basillica are situated necropolis (most likely monk graves). 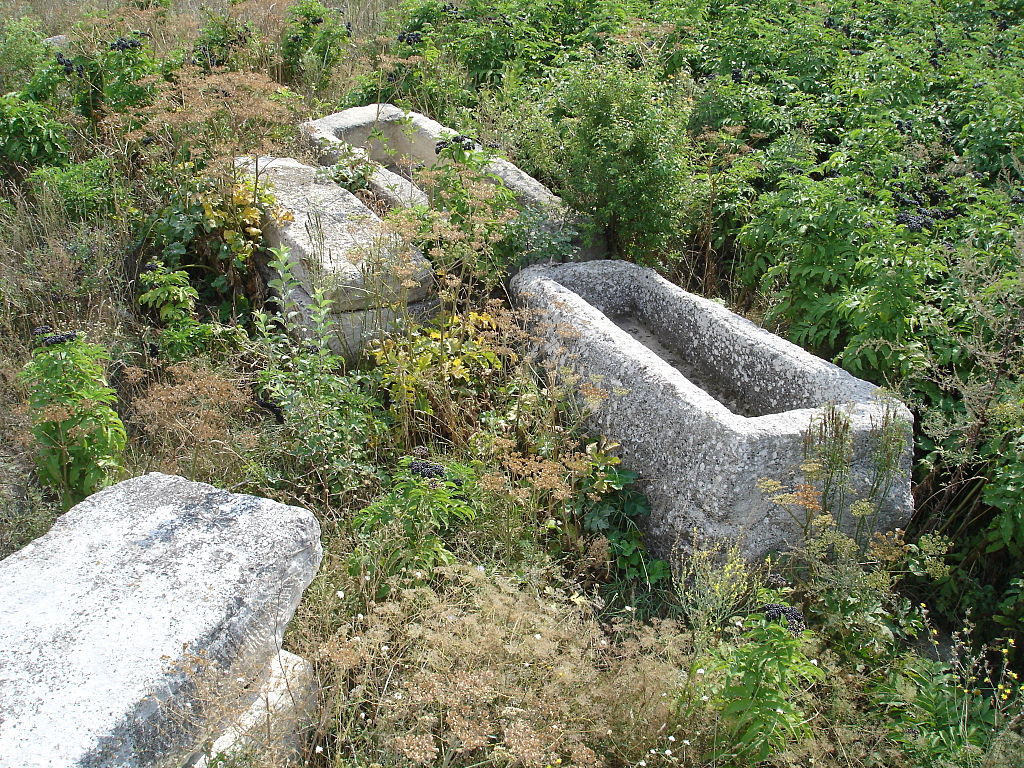 As with every basilica of that time there is a special allocated place of the Church for nobles. Yard northside was used as a kitchen and a dining room and accomodated other monsatic buildings.


The Old Basilica reconstruciton original model should have looked something similar to below picture which is found in the Museum (which holds a little part of the artefacts found) situated about 1.5 kilometer from the Basilica. 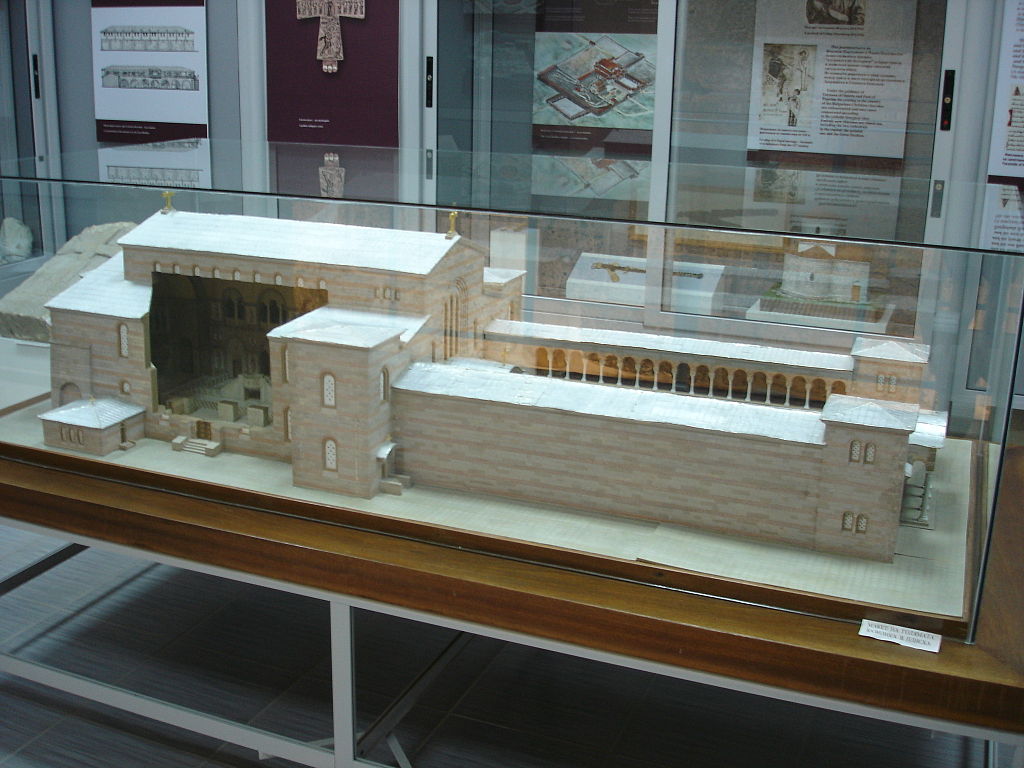 A presumable reconstruction model of the Old Basilica

On 2nd of May KIng Boris Feast in 2015 for a first time since many centuries in memoriam of 1150 years since Christianization of Bulgaria in the Great Basilica was served an Eastern Orthodox Christian (an open air) Holy Liturgy headed by the Bulgarian Patriarch Neofit with many Metropolitans guests from other Eastern Orthodox national Churches where the ex-president Rosen Plevneliev and the Living ancestor King Simeon the III-rd was present. 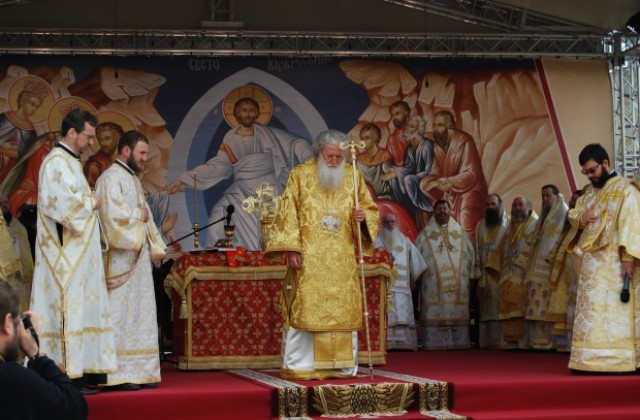 The event in 2015 was continued with the idea to become an yearly event on the feast of Saint King Boris each 2nd of May yesterday in 2018 by the Metropolitan of Varna and Veliko Preslav his eminence Metropoltian Ioan (John). 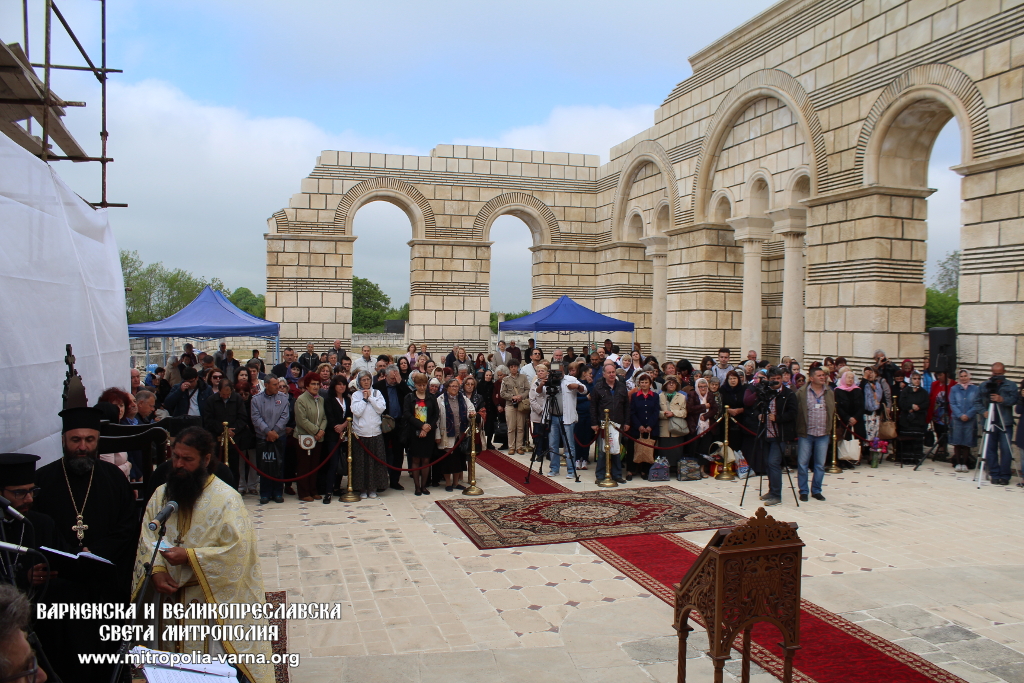 Orthodox Christian Believers in the Great Basilica Preslav 2018 (People gathered being transported by free of charge buses organized by the Eparchy from Dobrich, Varna, Shumen, Targovishte 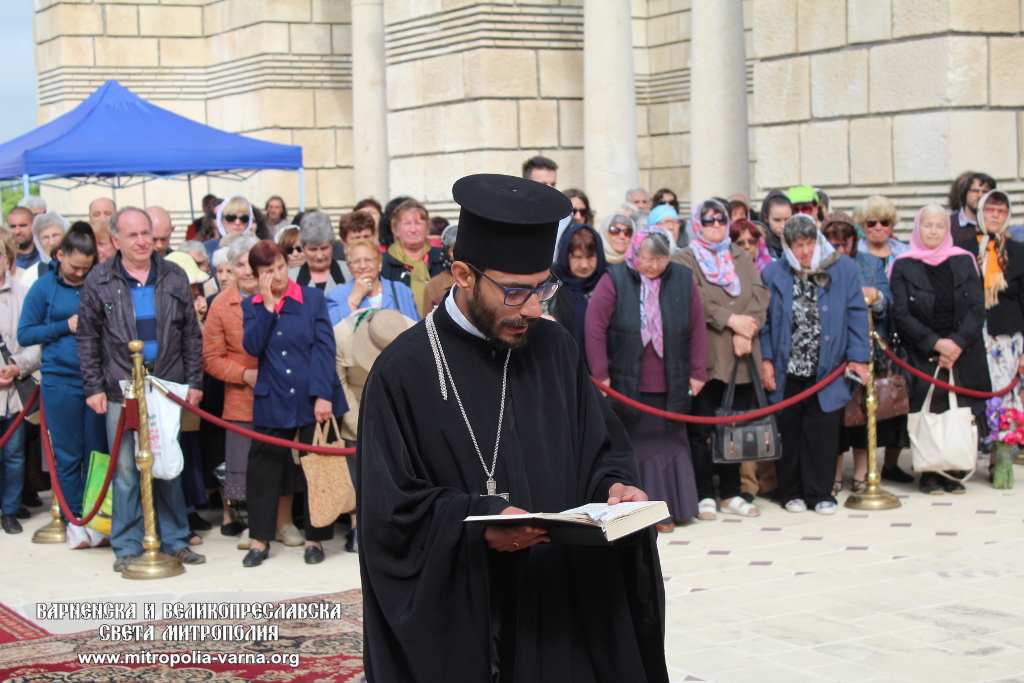 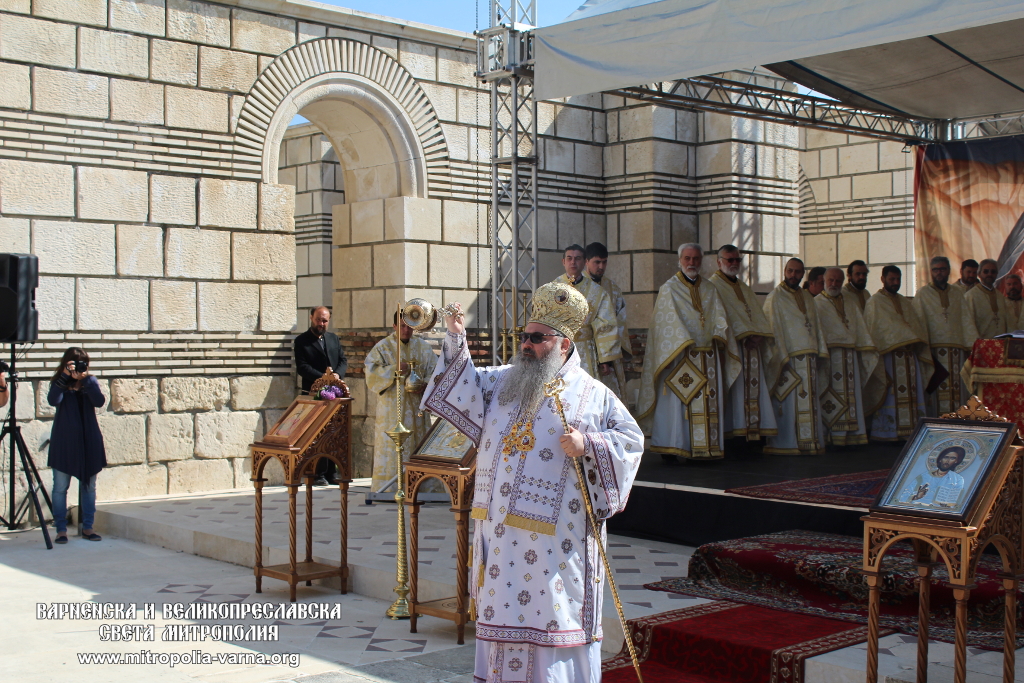 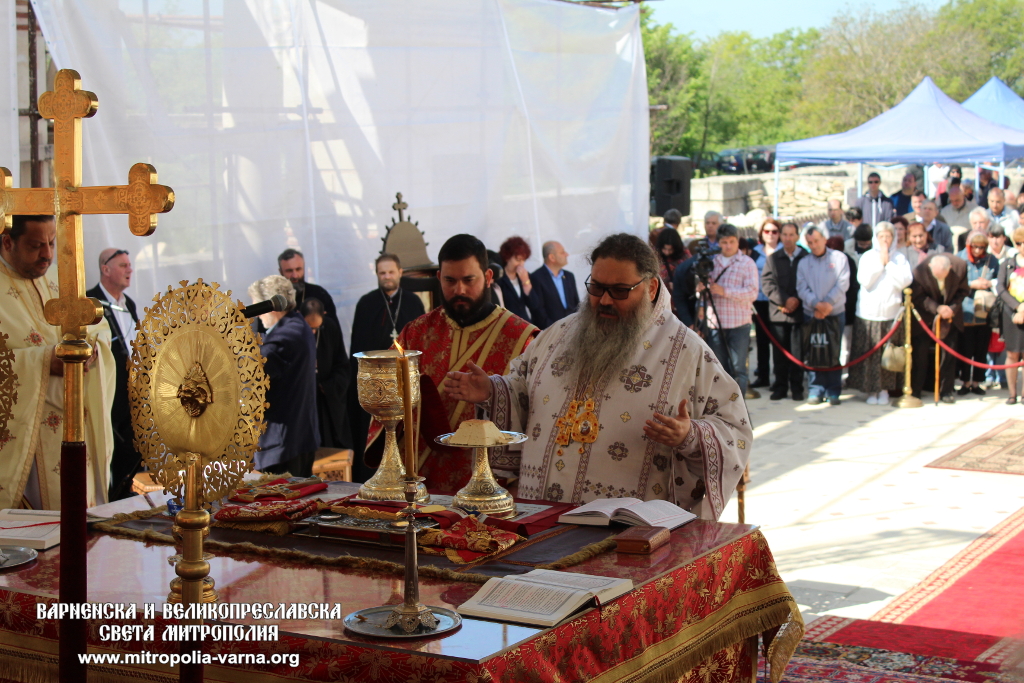 The Church service was a big gathering for the region (if we take the fact that the current town Pliska has about 900 citizens and is in practice a village), the overall present people were perhaps about 200 to 250. More than 1/3 of the priests (38 priests) from the whole Eparchy served the service together with the Bishop. The weather before the service was rainy but just after the service and onwards, it came sunny again just like it was saint King Boris with all the Christian saints rejoiced to see so many Christians gather together just like the times when Christianity started to spread from this same place over the lands of Bulgaria country and later during the golden age throughout the territories of Bulgarian Empire and all the Slavonic borderlines such as nowadays Romania, Serbia, Ukraine and Russia.